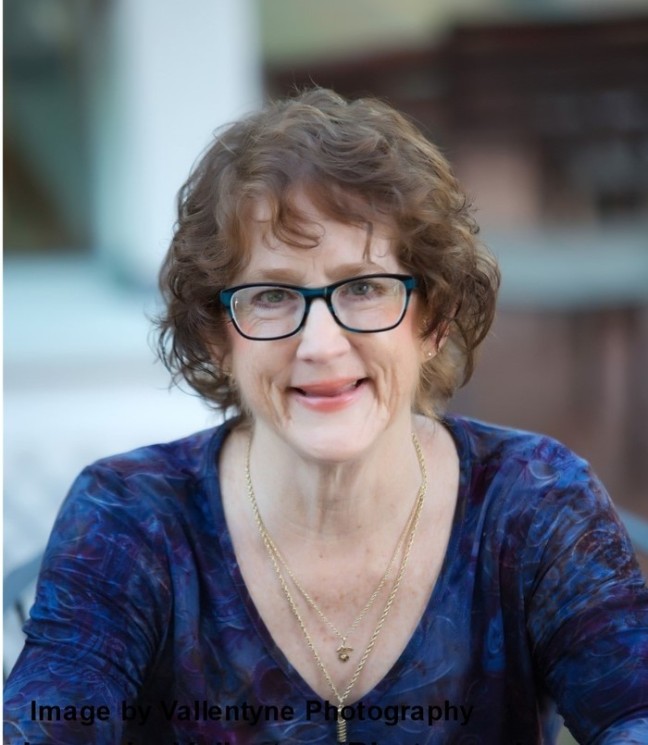 Margot Kinberg is a mystery author and Associate Professor. Born and raised in Pennsylvania, Kinberg graduated from Indiana University of Pennsylvania, then moved to Philadelphia, which Kinberg still considers home.

*Who influenced you to read books?

My sister had a real influence on my love of books. She read to me when I was very young, and then taught me how to read when I was in preschool. And there were a lot of books in my home, too, as I was growing up. I was also fortunate to have helpful, friendly librarians in the schools I attended (our public library, too). All of them encouraged me to read, and talked to me about books. As you can see, I was truly lucky to have a lot of support for reading.

*What are the benefits of supporting literacy?

Research supports a number of benefits for literacy. First, there are cognitive benefits. Reading and writing promote critical thinking skills, perseverance skills, creative skills, and communication skills. Literacy also gives children access to information that they wouldn’t otherwise have. There are also major advantages in terms of academic prospects. And there’s the worldwide economic divide between people who are literate and those who aren’t. Being able to read and write makes it far more likely that a child will find meaningful work and more economic security.

The fact is, though, that millions of people, even in wealthy countries, don’t have access to literacy. Poverty, politics, war, remote living, and other realities mean that literacy is out of reach for a lot of people. For this reason, I think it’s important to carefully choose and then support groups that provide books, literacy education, and other literacy resources for those who don’t have them.

*What impresses you the most about Agatha Christie?

Ah, you’ve found out I’m a Christie fan! Well, that’s no big surprise… Many things impress me about Christie’s writing. For one thing, she was prolific; she wrote for fifty years. And she tried several different formats, too: novels, short stories, plays, and radio scripts, to name a few. I respect that willingness to venture into different territory. I also am impressed with her willingness to bend, or even break, the ‘rules’ of writing in service of a good story. The Murder of Roger Ackroyd is just one example, but it’s perhaps the best known one.

For all that, though, Christie worked very hard at writing, and understood the need to keep at it. If she broke some rules, it was only after she knew what they were, and when it’s important to follow them. To me, it’s a bit like music. You can’t understand and use dissonance in a musical piece if you aren’t thoroughly familiar with how melody and harmony work.

“Work harder than you think you did yesterday.”

*Who was the first mystery novelist you were addicted and why?

The first mystery novelist I read was Arthur Conan Doyle. I started with his stories when I was a child, and never looked back. I think it was the intellectual puzzles that really appealed to me. I also liked learning about what life was like in Victorian London. At the same time, like many other children, I read Nancy Drew and the Hardy Boys. I loved trying to find the solution before the ‘star’ of the book did. 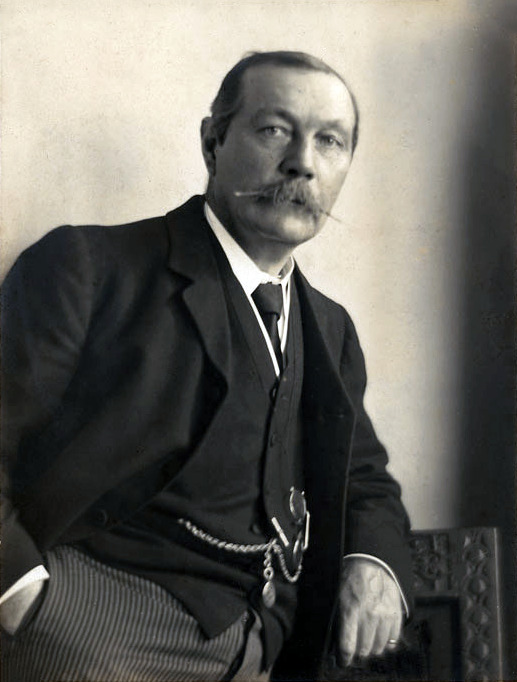 *What do you teach as an associate professor?

I’ve taught a number of different courses. Mostly, though, I teach in my university’s education program. Most of my students are working towards their master’s degrees in education. The classes I teach focus mostly on culture, language, and their impact on teaching and learning. I would love to teach writing and literature classes, but that hasn’t happened yet. I hope it will some time.

*You began writing fiction in 2007. How did you reach this point?

I’ve actually been writing since I was about eleven. That’s when I wrote my first short story. Over the years, I did mostly academic/non-fiction writing, especially when I was working on my doctoral degree. But I still wrote the occasional flash fiction piece, and a few short stories. Then, I decided to start writing novels, mostly at the encouragement of my family. That part of my writing career started with a dinner-table conversation. I told a work-related story, and my husband and daughter said I ought to write a mystery novel about it. And so I did. And I couldn’t be happier that they encouraged me; I love writing.

*What do you appreciate about crime fiction?

The diversity of the genre. Today’s crime fiction takes place all over the world, and features so many different sorts of plots and protagonists that it’s impossible to get bored. It’s diverse in other ways, too. Crime fiction can be fun and light, or the bleakest noir. It can be comic, tragic, and everything in between. There are long novels, short stories, and more. I could go on, but I think I’ve made my point. It really is a genre that offers something for just about every taste. And there are mystery stories written at all reading levels, too, from beginning readers to the most accomplished adult readers. What more could you want?

*What makes a great mystery?

Everyone’s got a different response to that question, I think. People have different tastes, and look for different things in their books. But for me, a great mystery starts with well-defined characters. They don’t have to be sympathetic, but they do have to catch the reader’s interest. If you don’t care what happens to the characters, then why bother reading?

Great mysteries also need to be believable. It’s hard to be drawn into a story if you can’t imagine that it could really happen. Of course, fiction is fiction, so there’s always a bit of suspension of disbelief. But in real life, murders aren’t generally solved in just a few days, as they are on plenty of TV dramas. In real life, there aren’t that many credible motives for taking another person’s life. And in real life, police, attorneys, and other
professionals in the justice system do things in certain ways. The best crime fiction reflects that reality.

*What are your top pet peeves as a reader?

One thing that really bothers me as a reader is lack of careful editing. Skillful editing can tighten up a plot, so that the book moves along at a solid pace. It can also pinpoint inaccuracies, inconsistencies, and other problems, so that they can be corrected. And, of course, thorough editing calls attention to spelling and grammar issues, so that they can be fixed, too. When a book hasn’t been carefully edited, it leaves the impression
that the author didn’t care enough to make sure the book was well written. That may very well not be true, but that’s how it seems.

In a similar way, I dislike too many stretches of credibility. Everyone’s different about this, but I prefer to keep my disbelief close by. So, I get pulled out of a story rather quickly if something too unlikely happens. That includes too many coincidences, characters doing things they wouldn’t be able/allowed to do, and glaring inaccuracies.

I have to admit, too, that I’m not much of a one for extreme, brutal violence or other extreme explicitness in my crime fiction. Gratuitousness doesn’t serve a story. And adding something in just for ‘shock value’ takes away from the plot, in my opinion.

*What’s the hardest part about writing?

For me, the hardest part about writing is the perseverance it requires. Writing first drafts, revising, editing, and so on all take time. They don’t happen overnight, and it takes persistence to do those things. And then there’s the process of querying and sending manuscripts out to agents and publishers. Any writer can tell you that rejection happens a lot more often than acceptance, and it takes perseverance to keep going even after the fifth, or sixth, or tenth ‘no.’ Writing also takes a physical toll, and there are plenty of times when it’s tempting not to sit down in that chair and get to it. It takes determination to write when you’re least in the mood to do it.

That’s a difficult question to answer, because the year’s only a little past half over. There are lots more good books to be released. But here are a few 2017 releases that I’m especially excited about:

There are also several other new entries in series I like – far too many to list here. I think 2017 is going to be a fine year for crime fiction. 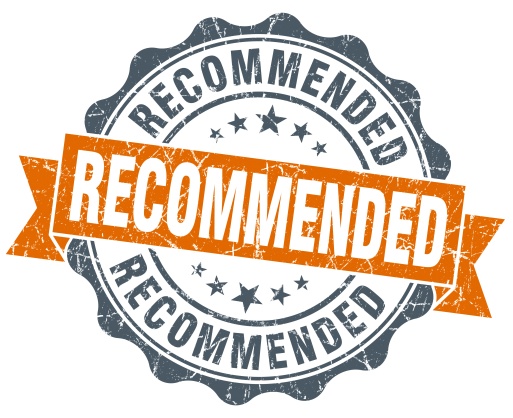 *What are you currently working on?

Thanks for asking. I’m currently working on a few things. I’m finishing the revisions for my next Joel Williams novel, which will hopefully come out in the early spring of 2018. I’m also working on two standalones. One of them follows the story of one of the characters in my second Williams novel, B-Very Flat. The other is an expansion of a very short story I wrote a couple of years ago. We’ll see how these projects go, but I’m hoping they’ll turn out well.

Thanks again for hosting me, Benjamin!