STORY OF THE WRITER

“You have to be a terrible writer before you can be a good one or a great one.” ~Brianna da Silva

We may be from different lands, cultures, backgrounds–But one thing is abundantly clear; we all speak the same language of grief. ~Benjamin Thomas

Brianna is a YA fantasy writer, bookworm, Christ follower and is currently editing her novel and novella. You can find her tweeting encouraging words @Brianna_daSilva and blogging at The Story Port, a blog for storytellers…And by the way, her site is AWESOME. There’s something so mesmerizing about it.

*Where are you from originally?

Virginia… the land of misty fields and muggy summers! Before that, Pluto, I think.

Pluto to Northern Virginia, must’ve been quite a road trip.

*What are you studying?

I actually graduated two years ago. My degree is in Digital Arts and Design. I get paid to make things. (AKA do magic.)

You look SO young I assumed you were still in college!

*I love your blog! Tell us about it.

Aw, thank you! My blog is called StoryPort. (briannadasilva.com) I write about storytelling techniques as I learn them, and give updates about my own epic fantasy projects.

*Can you tell us about your languages that you are developing?

Ooh! I get so excited about my languages. (I’m a nerd… can you tell?)

I have many in development, all inspired by various real-world tongues and writing systems. I’ve tried to veer away from the cliché Middle-Earth-sounding languages.
For example, one of the major languages in my current WIP, Emergence, is called Mosori. It’s a crossover of traditional Hawaiian and modern Spanish. For fun, I’ll teach you a phrase:
An aki ma’hani.

(Say: on aw-KEE muh-HAW-nee)
That’s an idiom that basically just means, “It’s all good; no worries!”

That’s cool! Thanks for sharing. I love the name Mosori and the sound of that word. For those of you who don’t know, Brianna and myself are crazy about languages. 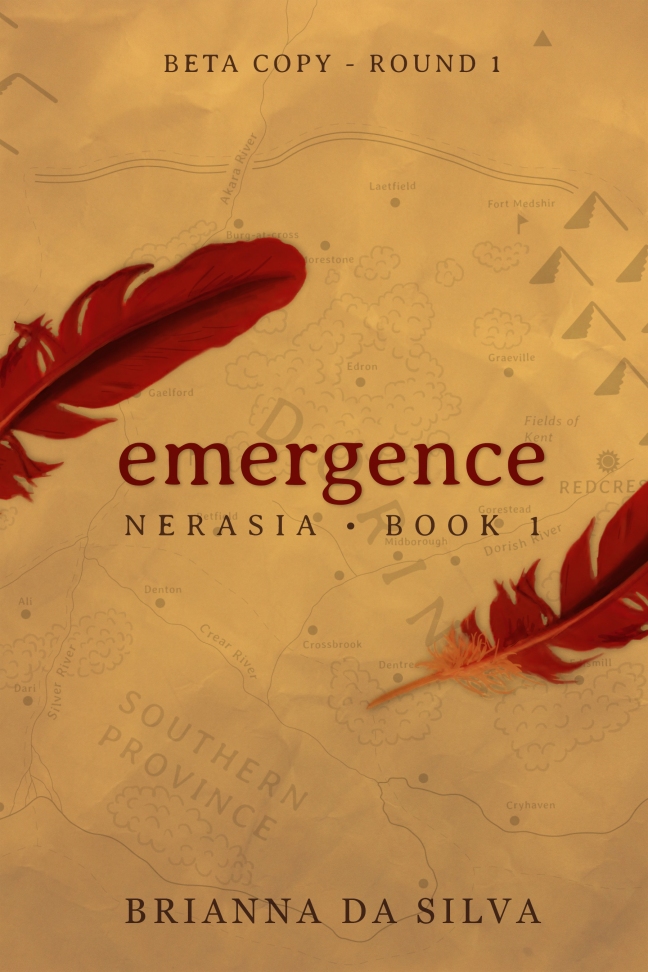 *Tell us 3 FUN facts about yourself.

I was home schooled through high school.

I once ate zebra steak in Namibia. (It tasted surprisingly like… steak.)

I have a pixie cut. More importantly, I actually am a pixie.

Home schooling sounds extremely difficult from a parent’s perspective. Zebra steak sounds rather appealing. I’d totally eat it with BBQ sauce…And I suppose you could pass for a pixie!

*You’re a writer; so what’s your story, or what inspired you?

I started writing when I was three years old. Well, I could only dictate back then, but I knew from a very young age that I was meant to be a storyteller. When I was eleven, I first became introduced to epic fantasy and young adult literature. It has remained my main passion ever since.

Wowsers! I’m always amazed by those who start their passion early in life. Brianna I’d love to have you back and pick your brain on your reading experience. 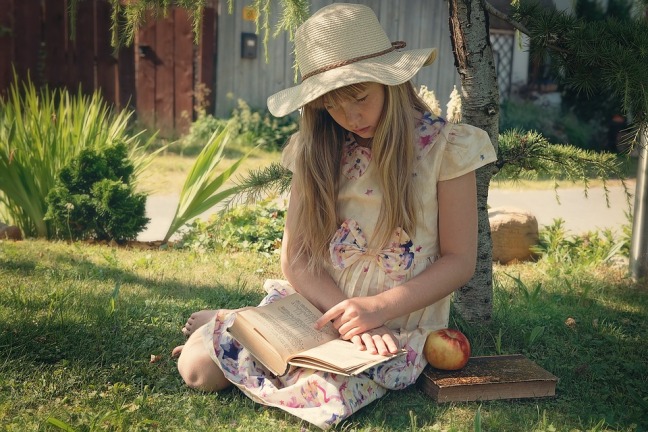 *What’s your GOAL in becoming a writer?

My goal is simple, but ambitious! I want to make a living as a self-published author, blogger, and filmmaker. This is just not a hobby for me; I’ve taken my vocation very seriously since I was a kid.

*What 3 things have hindered you from completing your projects? (CONFLICT)
A constant flow of ideas. In my early teens, I never finished anything, because I was always working on at least half a dozen projects at once. I was passionate about all of them. But since then, I’ve learned to be more focused.

Perfectionism. The first true novel I ever finished took me four years to write. And it was terrible. After that I adopted the iterative process of writing: Get down a rough draft quickly, and don’t worry about making it perfect. Then edit, edit, edit. The results are better this way, and it’s much easier to finish each draft!

Fear. While I wouldn’t say fear has prevented me from completing a project, it has certainly made it harder to reach that finish line. Fear of failure, fear of creating subpar work, and fear of vulnerability through art all plague me on a constant basis. Pushing through this fear is what gives me the freedom to create.

The constant flow of ideas is a source of trouble for me. Staying focused is a challenge. Perfectionism is problem for a lot of writers I’ve talked to. Fear is another frequent nemesis.  But I guess suffering is inevitable with anything you truly love. Romance always comes with turbulence.

*What keeps you motivated in achieving your dream? (DESIRE)

Creating stories gives me a deep sense of purpose. When I’m writing, it feels like something I was made to do, even on days of stress or insecurity or self-doubt. Also, my mind is constantly bustling with ideas. What would I do with them otherwise?

Creating stories with a sense of purpose seems to resonate well with me, and I’d rather be bustling with ideas than have none at all!

*What’s your ANTAGONIST? What’s in the way?

I might say time. I make time to write almost every day, but it still feels like I never have enough of it. (Can’t we all relate?) And I have so many stories bubbling inside me. They’re impatient!

*Why do writers give up, quit or never complete their projects?

I think fear is a major factor. Creative people typically struggle with perfectionism, but the thing is, our standards are always higher than our abilities… and they should be! It means we’re constantly improving.
I think what can happen is that while writers are in the formative years, while they’re still growing and their craft is still rough, they can run into discouragement. This stage is where writers need encouragement and affirmation the most. But if they don’t get that, they may be overwhelmed by the sense that they’re “not good enough,” and give up before they have the chance to reach that level.

This is a very good word to hear. I don’t claim to be a perfectionist, but I do struggle with elements of the same mindset to some degree. 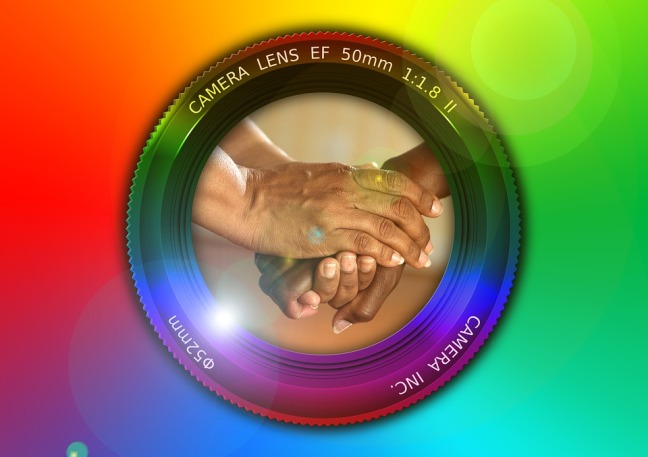 Have you made peace with imperfection? See yourself in a different light for a change. A change in perspective changes everything.

*What would you say to a struggling writer who’s given up?

Listen up, friends, because I’m going to give it to you straight: Everyone starts off terrible. It’s the truth! It’s the same if you’re learning an instrument, a sport, or any other skill. You have to be a terrible writer before you can be a good one or a great one. Writing isn’t about tapping into some magical inner gift that was bestowed upon you at birth. It’s about tenacity. It’s about remaining teachable like your life depends on it. It’s about learning and practicing and never giving up. So, don’t be discouraged if your craft isn’t where you want it to be yet. Just keep going. You’ll get there!

Oh, I love it! This is great encouragement. This goes back to what you said earlier, our standards will always be higher than our abilities. Or, you could say, we don’t measure up to our own expectations. We consciously or subconsciously expect our abilities to match, or even exceed,  our ever-ethereal standards. Then we slowly begin to suffer from the self-inflicted wounds of introspection, discouragement, doubt, settling in like stone. Our hopes and dreams hemorrhage on the spot, and the rigamortis of writer’s block comes in to finish the job.

*Tell us about your current WIP (work in progress)

Here’s the synopsis for my WIP, Emergence:
The Empire of Dorina has never been challenged… until now. Invaded by a powerful enemy bent on massacring their people, the Dorins act in desperation: They send courageous ambassadors into the vast, untamed wilderness beyond their borders to seek aid from two legendary cities.

There’s only one problem.

If they can find the cities… if they can survive the journey… there’s a high chance these cities will join their enemies instead.

Kindy Sharrow, a fifteen-year-old Nocturan with bat wings, claws, and night vision, previously had to hide from the empire, which cruelly slaughtered her kind for sport. Now, required to join the war against the invaders, she must fight her own demons: A secret drug addiction that is slowly killing her. And she has one, ultimate goal: Destroy her arch enemy, Charris Pouden, and his lustful desire for her, before he gains enough power to destroy her first.

Kindy finds herself entering the war with her younger brother Jensen, and new friend Lasía, a mysterious archer with a pet battle wolf. Together they fight against the bloodthirsty invaders, and journey into the heart of the wilderness to find the only two cities that will save them.

But as they begin to learn more about the empire’s secrets… a dark history buried in ashes and drenched in blood… they wonder if their enemies are not so wrong for wanting to annihilate them after all.

The bonds of friendship will be tested. Alliances will be questioned. In a story of political intrigue, ethics of war, and young love, one question must be answered: Which side will you join?

That sounds like an great story!  I believe you’d be a great storyteller. Go for it!

~DISCIPLINE is the bridge between goals and accomplishment. -Jim Rohn

THANKS FOR  JOINING THE TRAIN