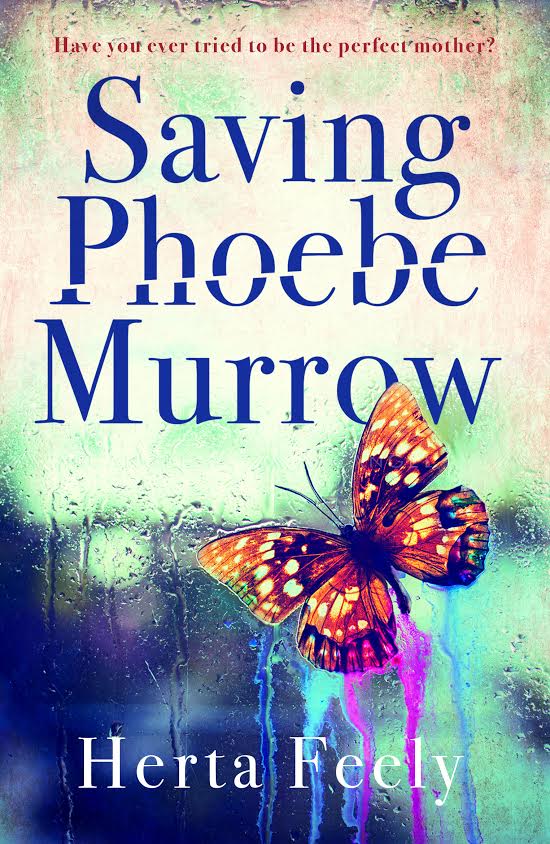 A timeless story of mothers and daughters with a razor-sharp 21st century twist, this heart-wrenching debut for fans of Kimberly McCreight (Reconstructing Amelia) and Liane Moriarity (Big Little Lies) will make you question how you and your family spend time online. With Saving Phoebe Murrow, acclaimed writer and longtime children’s activist Herta Feely introduces readers to Isabel Murrow: a suburban mother precariously balancing her busy career as a D.C. lawyer and her family, who she would do anything to protect. In a world of bullies and temptations, all Isabel wants is to keep her thirteen-year-old daughter, Phoebe, safe. But with her hectic schedule, Isabel fails to recognize another mother’s mounting fury and the danger her daughter faces by flirting with a mysterious boy online. A cyber-bulling incident aimed at Phoebe, with horrific consequences, finally pushes Isabel to the edge. Smartly paced and equal parts shocking and sadly familiar, Saving Phoebe Murrow is a riveting addition to the contemporary women’s fiction landscape that will resonate with parents, teens, and anyone compelled by timely and beautifully crafted stories

This was a stellar read about the teenage tragedies that exists throughout our society. Gripping, riveting, and deeply disturbing on many levels. This one will stick with you for quite a while. Author Herta Feely does a excellent job of capturing the fragile relationships, peer pressure, and split-second decisions that our young people have to make in order to navigate the world. Front and center is Phoebe’s loving mother and stout attorney, Isabel Winthrop.

CHARACTERS:  5 stars  The Characters were all too real.

Notes:  The depth of each character is amazing. From adolescents, parents, friends, antagonists it was captured perfectly.

Herta Feely is a writer, full-time editor, and the co-founder of Safe Kids Worldwide. Her short stories and memoir have been published in anthologies and literary journals, including The Sun, Lullwater Review, The Griffin, Provincetown Arts, and Big Muddy. In the wake of the James Frey scandal, Feely edited and published the anthology, Confessions: Fact or Fiction? Awarded the James Jones First Novel Fellowship and an Artist in Literature Fellowship from the DC Commission on the Arts and Humanities for The Trials of Serra Blue, she has also received an award from American Independent Writers for best published personal essay for a piece on immigration. Feely is a graduate of UC Berkeley and Johns Hopkins University. She has two grown sons and lives in Washington, DC, with her husband and cats.

*If you had to do one thing over in life what would it be?

I would have taken a year off from work when I learned about the extent of Phoebe’s problems – the bullying and the cutting. And then I would have made a point of getting to know my daughter’s friends, Jessie and Emma. Not doing that was a mistake on my part. Definitely. And I believe if I’d done that, what happened to Phoebe in the fall of her freshman year would never have happened.

Well, you know what they say, hindsight is 20/20. I certainly enjoyed meeting Jessie and Emma!

*If you had a chance to do it over again would you homeschool Phoebe, or take your chances in public/private school?

I don’t happen to believe in homeschooling, nor do I think I would be any good at it. But don’t get me wrong, my hat’s off to people who are capable teachers and can provide a solid education to their children by homeschooling. It’s just not for me. I know my limits.

And yes, I would stick with private and/or public school. In the end, I believe you cannot protect your children from life. They will have to go out into the world at some point, as flawed as it sometimes is, and as dangerous as it can be. It’s also a wonderful place…the world, and you just have to help your children navigate the difficult parts.

I bet you could have pulled it off though, Izzy. Your’re fully capable, methodical, determined and very considerate in your way of doing things.

Your’re right, we can’t protect our children from life. We have to help them navigate through the storm and focus on the beauty in life. But after the storm is over and gone, there’s always the sweetest calm. 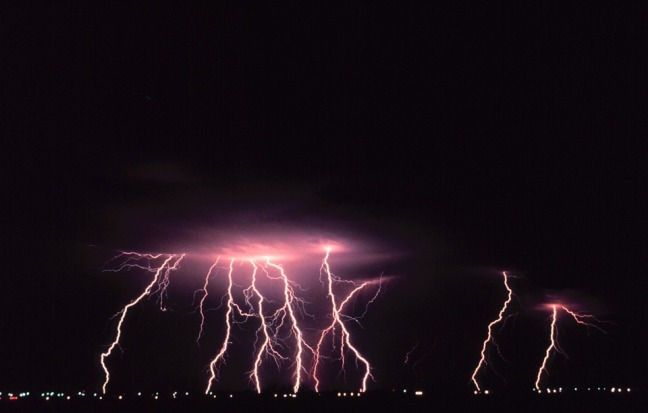 *If you could impart a missing virtue into Phoebe what would it be?

I don’t believe Phoebe has any missing virtues. She is a bit over-sensitive, but that’s far better than being insensitive. She is a wonderful human being.

Well said. Over-sensitive, yes. She’s only 13! There’s so many things going on in your head at that age.

*If you could add a missing virtue to yourself as a parent what would it be?

I’ve learned a lot about being more open-minded and less judgmental. I assumed that Phoebe’s close friends were a bad influence on her, but I think that was wrong. I made those assumptions without really knowing either Jessie or Emma very well. So before judging other people it’s important to actually know them!

Well, you had good reason to be judgmental from the beginning considering what happened. Being open-minded is always a plus, but it’s hard not having a knee-jerk reaction under those circumstances.

*If you were a friend Phoebe’s age, how would you protect her?

It’s difficult to protect someone else at that age, except to be a good and loving friend, there in good times and bad. Maybe in Phoebe’s case, it would have been helpful for her friends to stand up to the children who bullied her in eighth grade (which, I believe, Jessie did as much as possible), and then in ninth grade to counteract the cyber-bullying by writing Facebook posts that are supportive of Phoebe. Even to call Phoebe and suggest she get off of Facebook/the Internet. Or to contact an adult and ask them to intervene. But that’s a lot to ask of 13- and 14-year- old girls and boys.

Having supportive friends in times of trial is certainly a big help. But I suppose that’s asking a lot from a 13 or 14 year old!

*What is the most challenging quality of Phoebe?

Her emotional volatility. She is a bit too sensitive and reactive to other people’s opinions. But I’m sure she’ll outgrow this once she establishes a firmer sense of herself. This comes with maturity. It also comes from us, her parents, by helping her through this period in her life.

It’s tough being a teenager. Especially managing your own reactions to peers who should be your support group. 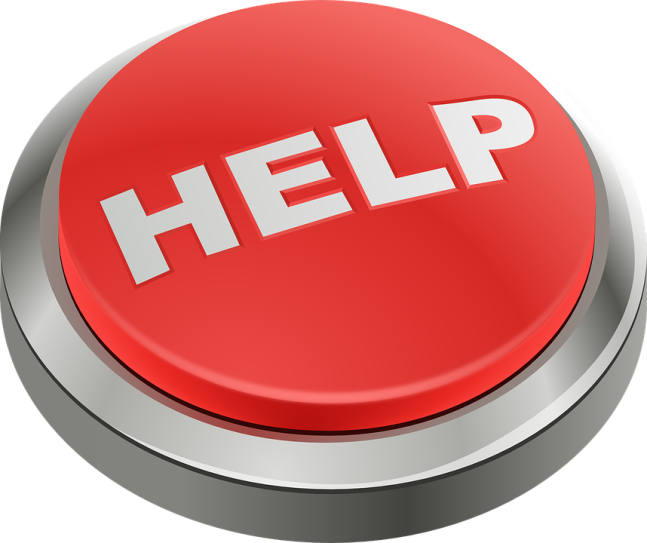 *What do you cherish most about her?

I cherish Phoebe’s basic goodness. She is a loyal friend; she’s smart and kind and considerate. What more could anyone want?

*What from your past has affected your parenting style?

(Isabel arches her brow at the interviewer.) You need to ask? It’s the same for most people, I believe. One’s own parents’ behaviors and parenting styles often influence us, their children. So my father was rigid and uncompromising and so was I. But now I see what that cost me. What that cost us. Phoebe. And I’ll never be that way again. I don’t mean that I will compromise my values, no, but I will listen more closely and try to understand what my children are going through before deciding what’s best in the way of limits, consequences and so on. I’ll even listen to my husband. No doubt there will still be disagreements, but I won’t rush to judgment or to decision so quickly.

I can totally relate to this, Iz. My mother was the rigid disciplinarian type. I know it all too well. But two heads are better than one. Talk it over with Ron, he’s the more easy going type. Tell him I said hello and let’s hook up for coffee sometime.

*What frustrates you most about other parents?

I can’t help it, but parents who allow their children to do whatever they want without any consequences, well, that drives me crazy. They are trying to be their children’s best friends, and that means they are abdicating their role as parents. You may not believe this, but I’ve actually heard girls say that they wish their parents were stricter and not just let them do everything they ask. Sometimes kids need to be able to say, “No, sorry, my parents won’t let me do that.” They actually want limits, it’s a great way for them to be able to say no but place the blame elsewhere.

YES. This is so true. Children on one had test the limits, but they also want them apparently. Sounds ironic doesn’t it? But it matches my experience. Sometimes I feel bad being the “policeman” all the time but they appreciate and respect the boundaries that are set. 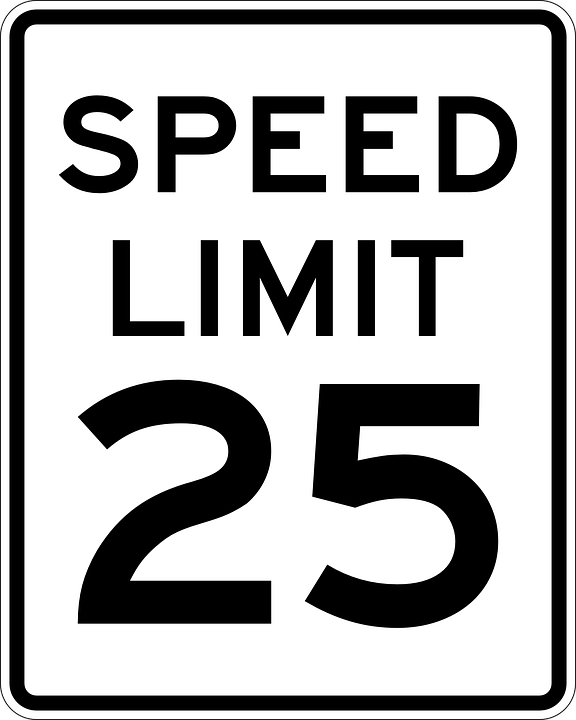 *If you could encourage other parents, what would you say?

Learn from my mistakes. I was too rigid in upholding rules and not listening closely enough to what my daughter was trying to tell me.

This is such a hard lesson for a parent. It’s almost a science; knowing when to be compassionate and pliable, or when to apply rigidity. I’ve often made the same mistake as you, Izzy.

Raising children is the most wonderful and difficult experience  we’ll ever have. As they grow up we may not realize that we need to grow along with them. They have their own little personalities and needs….And we need to listen to them.

Get your copy today on Amazon

Thank you Herta and Smith Publicity, INC. for a great blog tour!