at the Writing Train

Everybody say hello to fantasy author James D. Priest! He’s the author of the KIRINS fantasy trilogy, a retired physician, husband, father, podcaster and currently enjoying life in Hawaii. You can check out his official home page at www.kirinbooks.com.

Thanks so much for joining us Jim!

*Where are you originally from?

I was born and raised in Minnesota, went to high school and college in Minnesota, and went on to medical school at the University of Minnesota. However, since then I have lived in Japan, California, and now Hawaii.

Nice. I’ve been to the twin cities a few years ago and to the gigantic uber mall there. I used to live in So. Cal, would love to visit Japan, and never been to Hawaii.

*You used to tell stories to your friends on the bus. How did that come about? Or how did you pick up the knack for storytelling?

Storytelling on the grade school bus came from what I have since discovered is an ample imagination. In composing my fantasy trilogy, I borrowed a few names from real people or situations, but the vast majority of what I created and wrote is directly from imagination.

I’m lovin’ it Jim. Just by looking at your fantasy trilogy I can see you have a very vivid imagination.

*What was it about Tolkien that drew you into fantasy?

I loved his world building, creating an alternate universe, Middle-earth, from nothing but his imagination. His conflict between good and evil. His characters, such as Frodo and Bilbo, are genuine and likable. His Gollum is a work of creative art, the likes of which fantasy authors should strive for, as I have with an urgol, Gian, in the third book of my trilogy.

Yes! You’re touching on some of the things I love most about being a writer. CREATING AND IMAGINATION are my favs. Don’t hate me, but I haven’t read Tolkien yet. I’ve seen all the movies though. Gollum is probably the most compelling character to me in the whole book!

*Did you want to be writer before going into medicine?

I think I’ve always had somewhere in the back of my mind that I wanted to be a writer. And I was a writer while in medicine, where I published about 30 medical articles.

Ah yes, I’m all too familiar with this kind of writing. Not my favorite honestly, but necessary.

*How has studying English in undergrad, graduate school and participating in professional medical writing prepared you as an author?

As they say, practice makes perfect. I think the more writing you do, the better you get. But I’ve also learned that every writer needs an editor. We’re only human, and we need guidance both on a grammatical level, and in the line of reasoning, the logic, of your writing.

Yep, you nailed it there Jim. We desperately need good editors, especially us intuitive types.

*First, give us a knockout summary of your trilogy.

My trilogy is published in print, ebook, and audiobook. But there is, in fact, a fourth book, a sequel, not yet published. 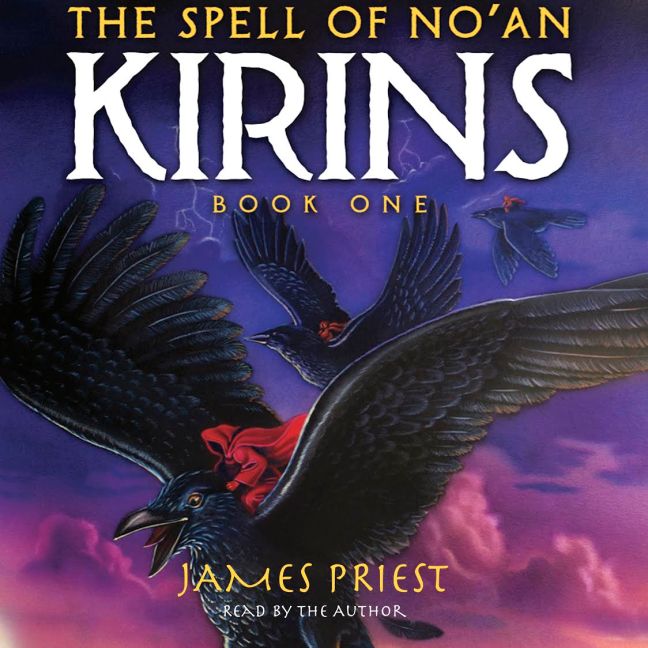 My trilogy, The Spell of No’an, The Flight of the Ain, and The Secret of the Hanging Stones, tells the epic tale of KIRINS, a race of tiny, magical beings who live throughout Earth today.

Dwelling in elaborate tree homes and underground sanctuaries, they enjoy a strong kinship with the animals and birds of their region. In the distant past humans knew them well. But an ancient rift occurred between the races, and kirins chose to separate themselves from humans. Sadly, we humans are now unaware of their secret civilization. 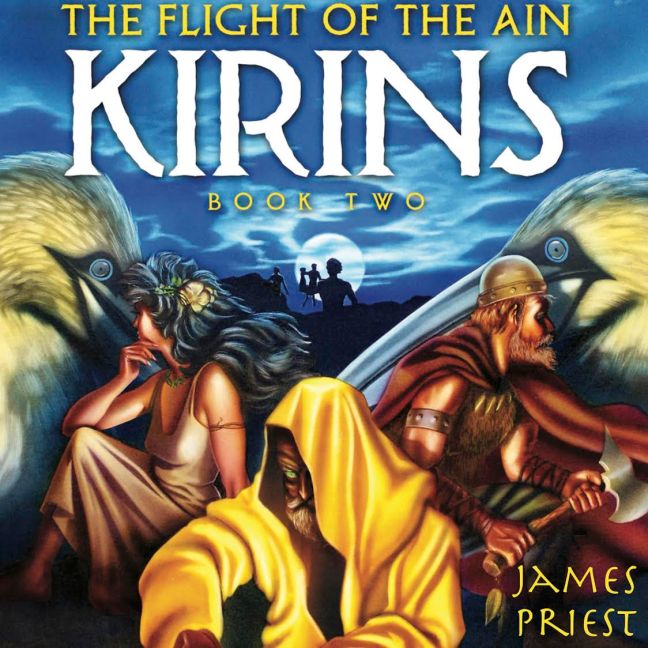 For thousands of years kirins everywhere lived in calm. But now a mysterious, dark force threatens their existence. Knowing little about the enemy they face, the kirin clans choose a party of five daring adventurers led by the wise magician Speckarin. On the backs of birds they travel thousands of clan-dominions across land and sea to Stonehenge, to save the kirin race. But what the journey holds in store for them, they could never have imagined. 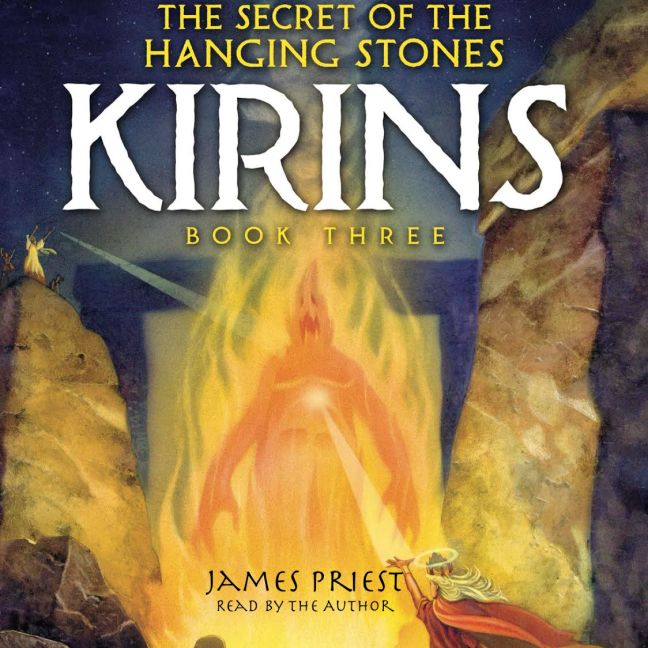 In the fourth book, The Seer of Serone, a sequel, Speckarin and his intrepid party journey to Alaska to attempt to bridge the chasm between kirins and humans, and to rescue a kirin lad captured and forced into loathsome service by a human. Assistance in dealing with the offending human is provided by a powerful local wizard, a kirin, The Seer of Serone.

Review by Mary Logue, award-winning writer and poet, author of Dancing with an Alien and Snatched: “Having read all three books of James Priest’s wonderful trilogy, I have nothing but praise. The scope of this work, which takes us from the middle of North America across the Atlantic on the backs of birds to Stonehenge, is extraordinary. I enjoyed every moment I spent with the kirins. Priest’s work resembles Lord of the Rings, but is more rooted in nature and gentler in tone.”

This looks so fascinating!  Love the cover images on all three books. You’ve got some great reviews too on Amazon.

*You’re a writer; so what’s your story, or what inspired you?

Having always liked the idea of writing, I challenged myself to write in a genre I’ve enjoyed, fantasy. I decided to write a story set in today’s world. Every culture has mythical small beings. In Ireland they are leprechauns, in Norway and Denmark nisse, and in Hawaii menehune. People want to believe they exist in gardens, trees, and nature. In my tale they are kirins. Because I have always liked small things, the story is of a race of tiny, magical beings, kirins, living throughout Earth today, though humans are unaware of their existence.

*What’s your GOAL in becoming a writer?

Like most or all writers, to become a bestselling author, and to leave something in this world that will make it a better place.

Excellent. No shame in that.  It shows you’ve got heart!

*What 3 things have hindered you from completing your projects?

Finding time to write was a problem while I was practicing medicine. Getting the books into all three formats, print, ebook, and audiobook (self-narrated), has taken years to complete. As with almost all writers, promotion and marketing have been a challenge.

WOW! That’s unbelievable! You wrote these books while practicing medicine, had them formatted AND self-narrated them? That’s more than amazing. Promotion and marketing are challenge, no doubt.

*What keeps you motivated in achieving your dream?

I like to work, but writing fantasy was never work for me. It engrossed me so much that it made me forget about anything else. If I went too long at the keyboard, I would become fatigued, tired of writing. I didn’t want that, so learned to pace myself and take time off when necessary. I never had a specific time of the day to write. I wrote when I could, and loved it.

I am motivated by two factors:

1)  I want to create something for all the world, especially my family, to appreciate, and 2) My books are good, and thus I keep working in promotion and marketing. KIRINS is a fantasy in the classic tradition: epic storyline, an immersive all-new world, great characters, powerful and mysterious magic, plot twists and turns, an immediate threat, romance, and heroism. And the books are suitable for readers 10 to 110. No vampires, werewolves, zombies, blood, guns, drugs, car wrecks, or post-apocalyptic landscapes. No obscenities or erotica. No superheroes, just heroes.

Hah! I love it. Your vision and motivation is very clear. 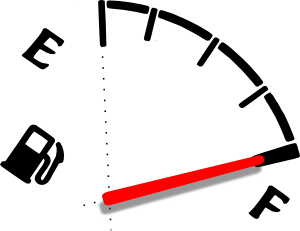 *What would you say to a struggling writer who’s given up?

If he/she wants to be a writer, pick yourself up, dust yourself off, and start all over again.

Amen, and amen. I’ll add, if you can’t pick yourself up, join a supportive writing group. They’ll pick you up and keep you going.

“A professional writer is an amateur who didn’t quit.” -Richard Bach, author of Jonathan Livingston Seagull

Thank you for coming Jim!

is out there waiting