February 1994—Lynwood, Louisiana: Flaming crosses light up the night and terrorize the southern town. The resurgent Klan wants a new race war, and the Klansmen will start it here. As federal civil rights prosecutor Adrien Rush is about to discover, the ugly roots of the past run deep in Lynwood.

For Nettie Wynn, a victim of the cross burnings and lifelong resident of the town’s segregated neighborhood, the hate crimes summon frightful memories of her youth, when she witnessed white townspeople lynch a black man. Her granddaughter Nicole DuBose, a successful journalist in New York City, returns to Lynwood to care for her grandmother. Rush arrives from DC and investigates the crimes with Lee Mercer, a seasoned local FBI special agent. Their partnership is tested as they clash over how far to go to catch the racists before the violence escalates. Rush’s role in the case becomes even more complicated after he falls for DuBose. When crucial evidence becomes compromisethreatening to upend what should be a celebrated conviction—the lines between right and wrong, black and white, collide with deadly consequences.

No Truth Left to Tell is a smart legal thriller that pulls readers into a compelling courtroom drama and an illusive search for justice in a troubled community.

NO TRUTH LEFT TO TELL

The following excerpt is reprinted from No Truth Left to Tell by Michael McAuliffe, released on March 3, 2020. Reprinted with permission of Greenleaf Book Group. Copyright © 2020 Michael McAuliffe.

Nettie glided along the sidewalk in her best dress, her mother’s creation that would soon be too small. That Saturday, however, the colorful outfit still fit and perfectly complemented her wide smile and earnest stride. The dress was spring blue with flower patterns bursting open into full blossoms, quite like Nettie herself.

She stayed out of the way of the white pedestrians inspecting her with what appeared to be a mixture of curiosity and irritation. “What’s that one doin’ here?” one woman asked as she passed by. So Nettie hugged the buildings as she moved, trying to disappear against the facades. There was something big going on in the square, but Nettie couldn’t see over or through the gathering, since she was just seven years old.

She had pleaded with her parents to go with her father from their home in Mooretown, Lynwood’s section for blacks, to a nearby town while he delivered a meal to a close friend who was gravely ill. At the last minute, Nettie’s mother had wanted one more item added to the delivery from a store on Lynwood’s downtown square—an establishment that served them only from the back door off an alley. Nettie was supposed to wait in the car, but despite her father’s admonishments, the strange and festive noises drew her out into the nearby crowd where she was protected only by her look of youthful wonder.

Lynwood’s civic core was comprised of an expanse of lawn with a massive oak reigning over the surroundings. Four perpendicular streets framed the lawn, and they had been closed for several hours so people could mingle without regard to sputtering cars. The attendees had obliged the gesture by swarming the entire area by midmorning. The day’s activities appeared to originate across the street nearer the tree, allowing the spectators along the periphery to wander about with more freedom. From where Nettie was she could see the crown of the tree, and she moved in that direction as if pulled by some invisible force.

The day was hot and humid. High clouds had gathered through the morning and darkened the midday sky, but the music played on and people chatted in small groups as if they were at an annual parish fair.

After several minutes of distant rumbling a sprinkle started, and it soon developed into cascading water pouring from invisible pots in the sky. The drenching dispersed the crowd into stores and under awnings. Deserted chairs and soda bottles lay across the lawn.

The scattering of the masses created large openings around the square. What was an impenetrable wall of people became a flat, open field of vision. The oak, of course, remained right where it had begun decades before as a sapling.

Nettie couldn’t run into any of the stores like the others caught out in the street during the rainstorm. So, like the oak, she remained standing, although now she had a clear view of the square. Her dress—dripping and heavy with water—would have distracted her in any other setting, but unanswered curiosity kept her searching the square for clues about the day’s festivities.

The oak tree had long, thick branches, like the heavy arms of a giant. A braided rope was slung over one of these arms, out about ten feet from the trunk. The rope was wrapped once about the branch and secured to a large stake in the ground. The other end of the rope was fashioned into a noose, and suspended from it was the still body of a black man. The man’s neck was grotesquely angled, and the feet were bare. His hands were bound behind his back.

Nettie leaned forward like she was about to rush toward the oak. But she neither ran away nor went to it. She stared up at what had been until moments before a living, breathing person. She was frozen in place and time—alone in the moment when her world changed forever.

Her father came running from behind and snatched her up with such force that the dress ripped along a side seam. He covered her with his protective embrace and spirited her away to the car that waited in the alley. They headed straight home using back streets and little-known shortcuts, the car not speeding despite the urgency of the situation. The trip to deliver the meal basket was abandoned as her father kept swearing that he’d never go to the square again.

Nettie didn’t look outside the car. She kept her head down and stared at one of the dress’s printed blossoms, the flower part of the pattern ending at the hemline to reveal her trembling knees.

Michael McAuliffe is the author of No Truth Left to Tell and has been a practicing lawyer for thirty years. He was a federal prosecutor serving both as a supervisory assistant US attorney in the Southern District of Florida and a trial attorney in the Criminal Section of the Civil Rights Division at the Department of Justice in Washington, DC. In 2008, Michael was elected and served as the state attorney for Palm Beach County, leading an office of approximately 125 prosecutors. He was  known for leading the ethics reform movement in county that resulted in the creation of a permanent inspector general, an ethics commission, and new ethics code. Michael and his wife Robin Rosenberg, a US district judge, have three children and live in Florida and Massachusetts. For more information, please visit https://notruthlefttotell.com/ 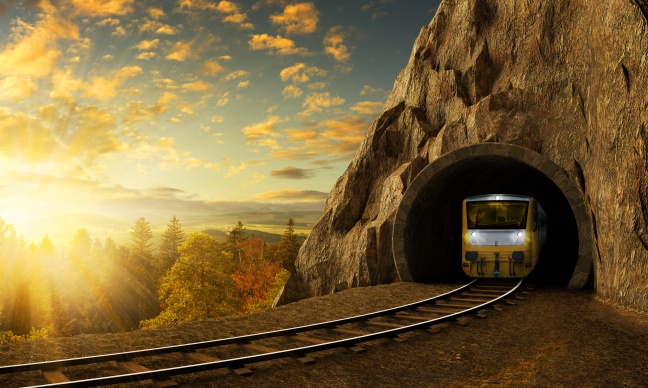 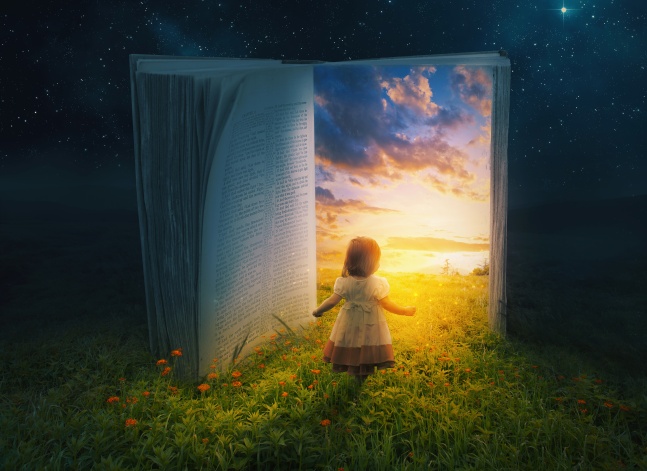 “Reading is a conversation. All books talk. But a good book listens as well.” – Mark Haddon

A gripping new mystery from the “fresh new voice in the thriller genre” (Steve Berry, New York Times bestselling author) and author of The Wild Inside, set in the magnificent and brutal terrain of Glacier National Park—for fans of C.J. Box and Nevada Barr.

In the darkening days of autumn, in a remote region near the Canadian border, a journalist has been murdered. Anne Marie Johnson was last seen with Reeve Landon, whose chocolate Labrador was part of an article she had been writing about a scientific canine research program. Now Landon is the prime suspect. Intensely private and paranoid, in a panic that he’ll be wrongfully arrested, he ventures deep into in the woods. Even as he evades the detective, Landon secretly feels the whole thing is somehow deserved, a karmic punishment for a horrifying crime he committed as a young boy.

While Montana FBI investigator Ali Paige is not officially assigned to the case, Landon—an ex-boyfriend and the father of her child—needs help. Ali has only one objective for snooping around the edges of an investigation she’s not authorized to pursue: to save her daughter the shame of having a father in jail and the pain of abandonment she endured as a child. As the clock ticks and the noose tightens around Landon’s neck, Ali isn’t sure how far she will go to find out the truth. And what if the truth is not something she wants to know?

A Sharp Solitude is a study of two flawed characters, bonded by a child, trying to make their way in an extraordinary place where escape seems possible. But no one can ever really outrun their demons, even in the vast terrain of Glacier, the ultimate backdrop for a journey of the soul.

This is a well written blurb that whets your appetite for the story. I love how it begins–“In the darkening days of Autumn, in a remote region near the Canadian border…” I was hooked on the first sentence! You can even say that the first sentence tells a story. You have an interesting setting, a particular season, and dazzling crime to be solved. Boom! Great blurb.

This is a darling of a first chapter. I love Christine Carbo’s brand of storytelling. Based upon the blurb and the first chapter, this is the story of Reeve Landon and Montana FBI investigator Ali Paige. Told in the first person point of view of Ali Paige you sense that you’re part of the story. Like she’s  sitting right next to you–or better yet, taking you alongside her as the story is told.

It begins with a traumatic experience in Reeve’s childhood, and a sneak peak into his characteristics and personality. Shortly thereafter Reeve and Ali’s relationship is brought into the story with breadcrumbs from Ali’s past. Really looking forward to reading this book! 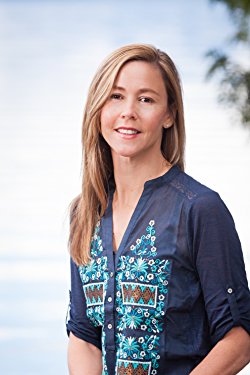 Christine Carbo is the author of The Wild Inside, Mortal Fall, The Weight of Night, and A Sharp Solitude (all from Atria Books/Simon and Schuster) and a recipient of the Womens’ National Book Association Pinckley Prize, the Silver Falchion Award and the High Plains Book Award. After earning a pilot’s license, pursuing various adventures in Norway, and working a brief stint as a flight attendant, she got an MA in English and linguistics and taught college-level courses. She still teaches, in a vastly different realm, as the owner of a Pilates studio. A Florida native, she and her family live in Whitefish, Montana. Find out more at  ChristineCarbo.com