The Final Year of the Civil War 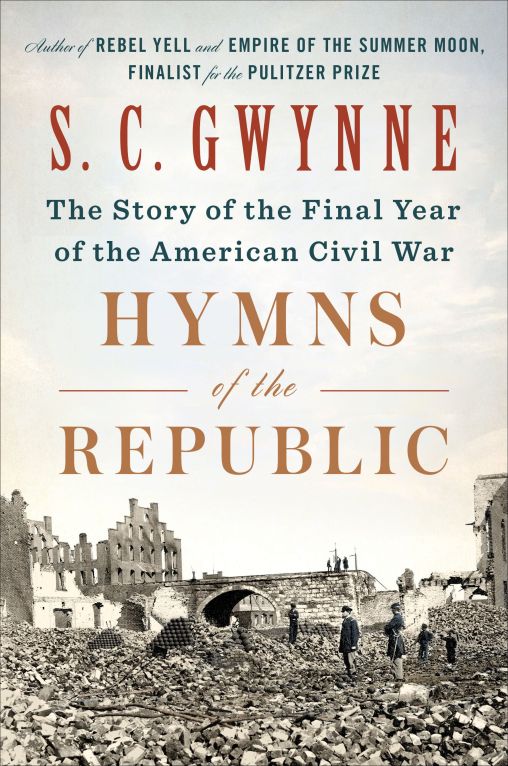 From the New York Times bestselling, celebrated, and award-winning author of Empire of the Summer Moon and Rebel Yell comes the spellbinding, epic account of the dramatic conclusion of the Civil War.

The fourth and final year of the Civil War offers one of that era’s most compelling narratives, defining the nation and one of history’s great turning points. Now, S.C. Gwynne’s Hymns of the Republic addresses the time Ulysses S. Grant arrives to take command of all Union armies in March 1864 to the surrender of Robert E. Lee at Appomattox a year later. Gwynne breathes new life into the epic battle between Lee and Grant; the advent of 180,000 black soldiers in the Union army; William Tecumseh Sherman’s March to the Sea; the rise of Clara Barton; the election of 1864 (which Lincoln nearly lost); the wild and violent guerrilla war in Missouri; and the dramatic final events of the war, including the surrender at Appomattox and the murder of Abraham Lincoln.

Hymns of the Republic offers angles and insights on the war that will surprise many readers. Robert E. Lee, known as a great general and southern hero, is presented here as a man dealing with frustration, failure, and loss. Ulysses S. Grant is known for his prowess as a field commander, but in the final year of the war he largely fails at that. His most amazing accomplishments actually began the moment he stopped fighting. William Tecumseh Sherman, Gwynne argues, was a lousy general, but probably the single most brilliant man in the war. We also meet a different Clara Barton, one of the greatest and most compelling characters, who redefined the idea of medical care in wartime. And proper attention is paid to the role played by large numbers of black union soldiers—most of them former slaves. They changed the war and forced the South to come up with a plan to use its own black soldiers.

Popular history at its best, from Pulitzer Prize finalist S.C. Gwynne, Hymns of the Republic reveals the creation that arose from destruction in this thrilling read.

Author of Hymns of the Republic

The first history books I loved were the Cornelius Ryan works about World War II: The Longest Day and A Bridge Too Far. I also loved the Bruce Catton books about the Civil War, starting with A Stillness at Appomattox and This Hallowed Ground. Note the war theme. These books taught me what history could do. I had two great professors at Princeton—Stephen Cohen (Soviet history) and Robert Darnton (history of the French revolution)—who really inspired me.

The title is a play on “Battle Hymn of the Republic,” that Bible-based, blood-drenched, sword-themed song of divine triumph that the northern soldiers liked to sing. I meant to suggest other “hymns,” in a more metaphorical sense, that were sung by the various constituencies of the war. (Black soldiers actually had their own battle hymn!)

A few years ago I wrote a biography of Stonewall Jackson, entitled Rebel Yell, that ended with his death in May 1863 and thus covered roughly the first two years of the war. When I was researching the last year of the conflict, I was struck by how much more violent, desperate, brutal, and vengeful the war had become. This was the product of many things, including the progressive destruction of southern property, southern industry, and southern wealth; the staggering body counts from the Grant-Lee fight in Virginia; the anti-civilian warfare of William T. Sherman and Phil Sheridan; the rise of the prisoner of war camps; the rise of a bitter guerrilla war; and the presence of 180,000 black soldiers in the northern army, which drove Confederate soldiers to unprecedented acts of violence. I wanted to try to convey how deeply the war had changed, and the final year gave me a mechanism by which to do that.

For this book I did about a year of background reading, then proceeded to research and write each chapter as I went along. I always travel to the places I am writing about. The research/writing ratio was probably 60-40.

Characters are always the drivers of compelling narratives. So I start with interesting characters and do as much reading as I can in their memoirs, letters, and other documents, as well as other primary sources of the era. With a character like Grant, about whom much has been written, I just try to look for a particular angle that other historians haver not pursued. The difference lies less in the facts themselves than in how I analyze those facts.

That is a very hard question. Assuming that the war had to happen, I guess that the single worst piece of news for the nation, and for its future, was the assassination of Lincoln. So I would save Lincoln.

Again, tough question! You can pick up virtually any major newspaper these days and immediately grasp the fact that the United States of America has not solved its problems with race. One can argue that it hasn’t even come to terms with them. Our nation has always been deeply divided. More than twenty percent of the residents of the American colonies were loyal to the English king. I grew up in the 1960s, a time when the nation was badly split over the Vietnam War. There were race riots in the streets, riots at the Democratic convention. In 2019 we are deeply divided. The Civil War was the worst split of all. 750,000 men died because Americans could not agree on questions related to race and the future of the country. I actually take a positive lesson from this. I think you can read about the war and understand 1) that we are by nature divided, sometimes violently; and 2) that in spite of these problems we always manage to muddle through. Democracy is messy, and often violent, but the republic stands. 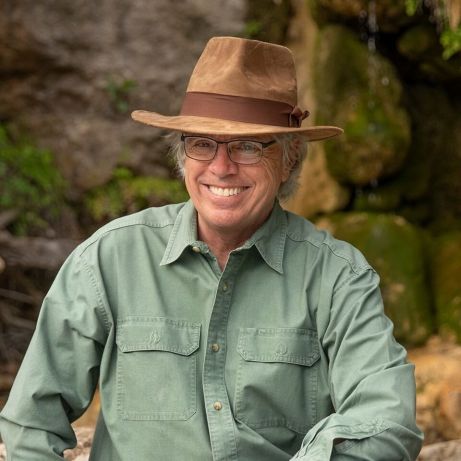 S.C. Gwynne is the author of Hymns of the Republic: The Story of the Final Year of the American Civil War and the New York Times bestsellers Rebel Yell and Empire of the Summer Moon, which was a finalist for the Pulitzer Prize and the National Book Critics Circle Award. He spent most of his career as a journalist, including stints with Time as bureau chief, national correspondent, and senior editor, and with Texas Monthly as executive editor. He lives in Austin, Texas, with his wife. For more information, please visit https://scgwynne.com